Sintra is a beautiful village located in the hills of Portugal. It’s worth visiting because it has many tourist sights and is famous for its natural beauty and rich history. Explore Sintra with discount from your Sintra pass.

It is a small town that can be visited as a day trip from Lisbon or as a stop on the way to the coastal regions of Portugal. Sintra well worth visiting because it has next to its natural beautiful surroundings these 4 famous architectural buildings.

Around 35 kilometers from Lisbon, Sintra is a fairytale village due to its castles and palaces that appear to have been plucked straight from fantasy tales. With its lush and exotic vegetation, it’s unsurprising that it has enchanted the world’s finest poets, philosophers, nobles and conquerors.

Sintra was referred to as the UNESCO World Heritage Site in recognition of its stunning setting. From the most intimidating structures to the most whimsical, Sintra demonstrates how man-made civilization can also complement the beauty of nature.

The castles’ fusion of Roman, Arab, and Portuguese designs makes them the most admired in Europe worldwide. Sintra is home to two national palaces: Palácio da Vila, Palácio da Pena, and some lesser-known but equally magnificent and historically significant structures. 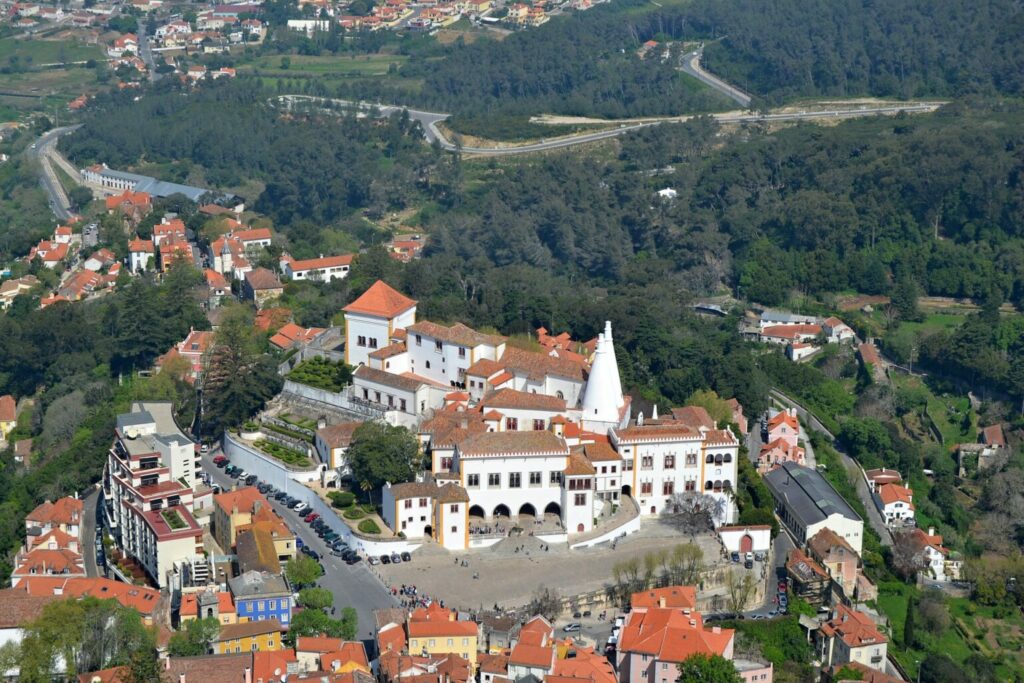 Palácio da Vila dominates the settlement with its twin chimneys, considered Sintra’s most recognizable sights. Built by the Moors and later incorporated with Manueline characteristics by succeeding Portuguese monarchy, the palace is Portugal’s best surviving medieval royal palace, having been occupied more or less continuously from the early 15th century to the late 19th century.

King Afonso V was born (in 1432) and died (in 1481). In the Palace of Sintra, Afonso V’s successor, King John II, was proclaimed King of Portugal. A tragic event related to the Palace is the mentally disturbed King Afonso VI, overthrown by Pedro II and forced to dwell in the Palace without leaving from 1676 to 1683.

The streets and squares around Palácio da Vila are lined with shopping and dining establishments and museums housing significant historical artifacts: the Regional Museum, the Museum of Modern Art and the Toy Museum. 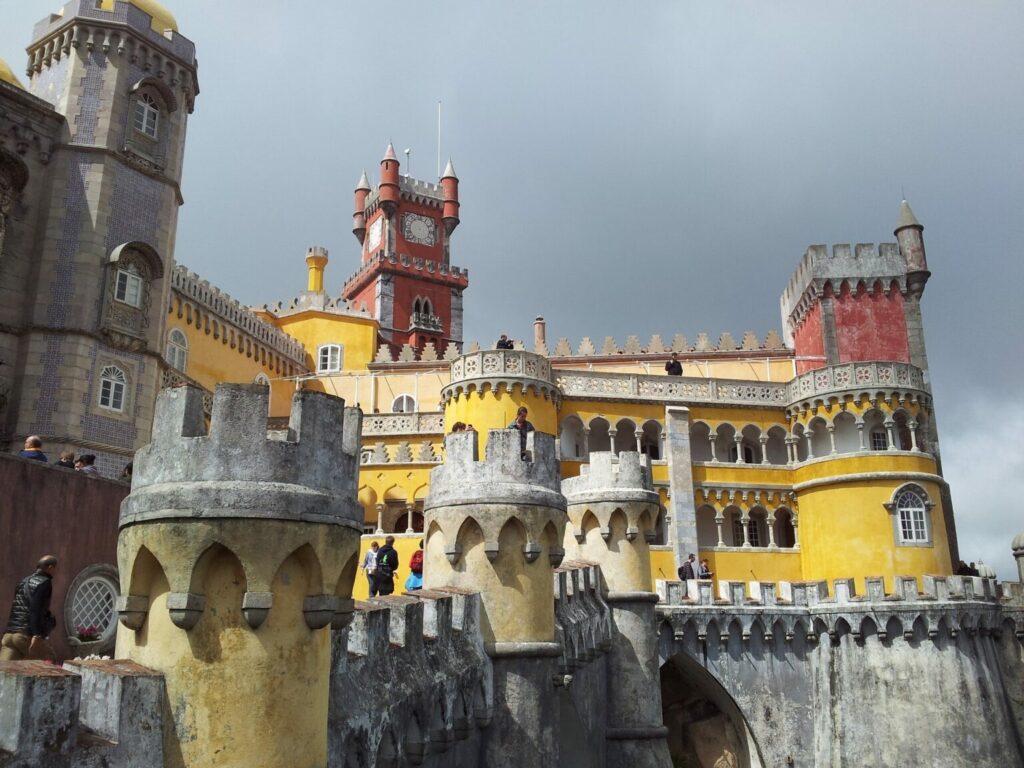 The Pena Palace, perched on a hill overlooking the entire village, is most recognized for its exquisite interior architecture. The palace’s outside splendor, the Pena Park, with its ponds, exotic plants and fountains, is truly unique, an amazing landscape!

The palace was originally constructed in the Middle Ages as a chapel and was later converted into a monastery. Dom Fernando II, the King Consort, also known as the ‘artist’ king, commissioned the German architect Baron Von Eschwege to restore the palace and transform it into his vacation residence during the nineteenth century.

With the establishment of the Republic in 1910, the palace was converted into a museum. The Moorish Castle is located down the hill from Pena Park. Its vantage point provides amazing views of the surrounding countryside. In the eighth or ninth centuries, the Moors constructed the Castelo dos Mouros. When Afonso Henriques (last king of Portugal) conquered Sintra in 1147 with the assistance of Crusaders, a large portion of the fortress was destroyed. Only four square towers, the battlements, and a Romanesque chapel’s ruins have been preserved. Quinta da Regaleira is another Sintra attraction not to be missed. The home is adorned with medieval and mythological emblems, while underground dungeons and an initiation well add mystery and intrigue to the magnificent garden.